ey there! Today we release a digital split with our friends in Venerea! Both bands recorded 2 songs each earlier this year and from today you can listen to them on Spotify and iTunes. More digital platforms will follow soon. The amazing artwork was done by Gijs van Hal. Let us know what you think of the split and keep in mind that Venerea is working on a new album and planning to record soon!

So, what are you waiting for? Go check out the songs over here:

And they’ll be on our bandcamp soon!

May 1st, no better day to rise to the occasion and release some subversive digital-tracks. Our EP “Rise To The Occasion” is now fully available for streaming and download on bandcamp, spotify and iTunes. And don’t forget to get your analogue copy this weekend at the Funtime Distro on Groezrock, or through our webshop, White Russian Records, FunTime Records, No Panic Records or Laserlife Records.

As a bonus our full-lenght Album “When Fear Is All Around Us” is also available on Spotify and iTunes. So, there you have it, the soundtrack to your International Workers Day! 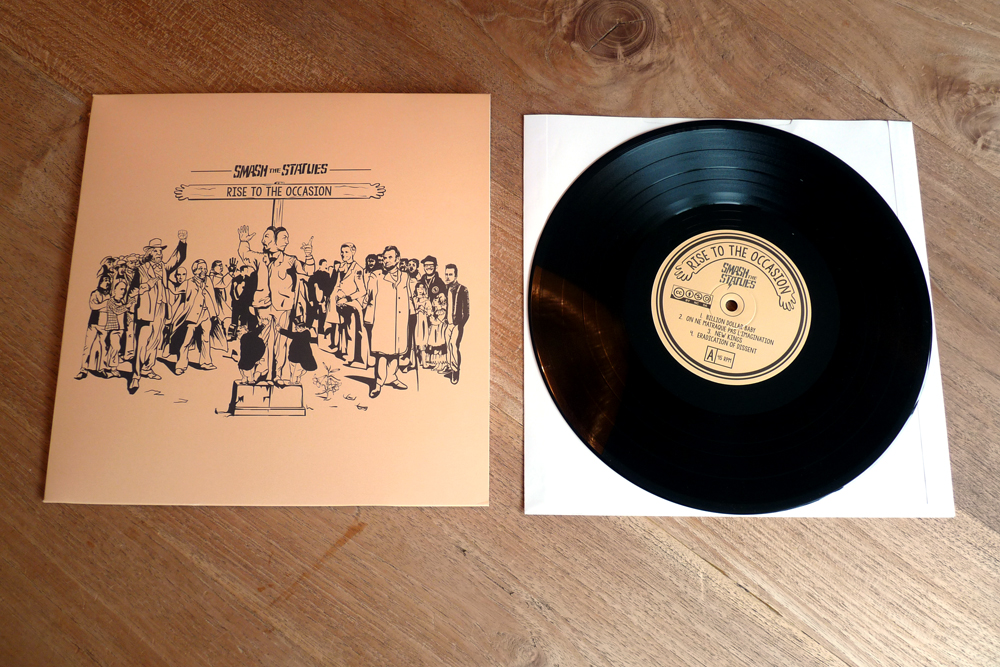 END_OF_DOCUMENT_TOKEN_TO_BE_REPLACED

We are pretty stoked to announce that a coalition of White Russian Records, FunTime Records, No Panic Records and Laserlife Records will be releasing our newest record called “Rise To The Occasion on a 10″. The record contains 4 songs and an etch on the b-side and will be available at our release-show on april 27 at the ACU in Utrecht.

Off course this one’s recorded by our own Nico, artwork by Florian Krijt. You can listen to the first song ‘Billion Dollar Baby’ here:

END_OF_DOCUMENT_TOKEN_TO_BE_REPLACED

Last weekend we finished the recordings of our upcoming 7″. Right now we’re mixing n’ mastering and guess what? In two weeks we will hit the studio again to record newer songs for another release. We want you like we want our guitars: stay tuned!

Two weeks ago we had great fun playing our first show since our comeback. We uploaded two clips from that show which you can check out here.
Max shot the video and Nico did some of his sound-recording-wizardry…Enjoy!

END_OF_DOCUMENT_TOKEN_TO_BE_REPLACED

We are happy to announce two shows in Belgium. Dikken bal! On april 6th we will be celebrating our resurrection with our southern neighbours in Leuven. We’ll be playing at the Sojo with Face the Fax, The Ignored and more.
On the 4th of may we will be returning to the bravest of all the Gaul tribes to play the Fortyweight Showcase in the PaNique d’O in Mechelen. We’ll be playing with Off The Charts, Outline and Cheap Drugs. For more details, check here.

It have been 3 long years missing you people. That’s why we’re putting the band back together. Our hearts are still burning, our fingers are itchy and man, our blood is boiling! We’re gonna do our first show at our 10 year anniversary on April 5th at ACU in Utrecht. Oh yeah, we will probably record new stuff this year as well. Don’t tell us we didn’t warn you.

For the official statement, read below:

END_OF_DOCUMENT_TOKEN_TO_BE_REPLACED

Nope, we’re not releasing an acoustic EP, we’re gonna quit. After more than 6 years of Smash The Statues, we’ll pull the plug. We’ve tried to get our individual input and ambitions to an equal level, but without succes. Although the decision was hard, it felt right to quit something beautiful instead of continuing something that you don’t feel like doing anymore. We still have some shows scheduled that we will still play, but in January 2010 we will play our final show in Nijmegen, The Netherlands.