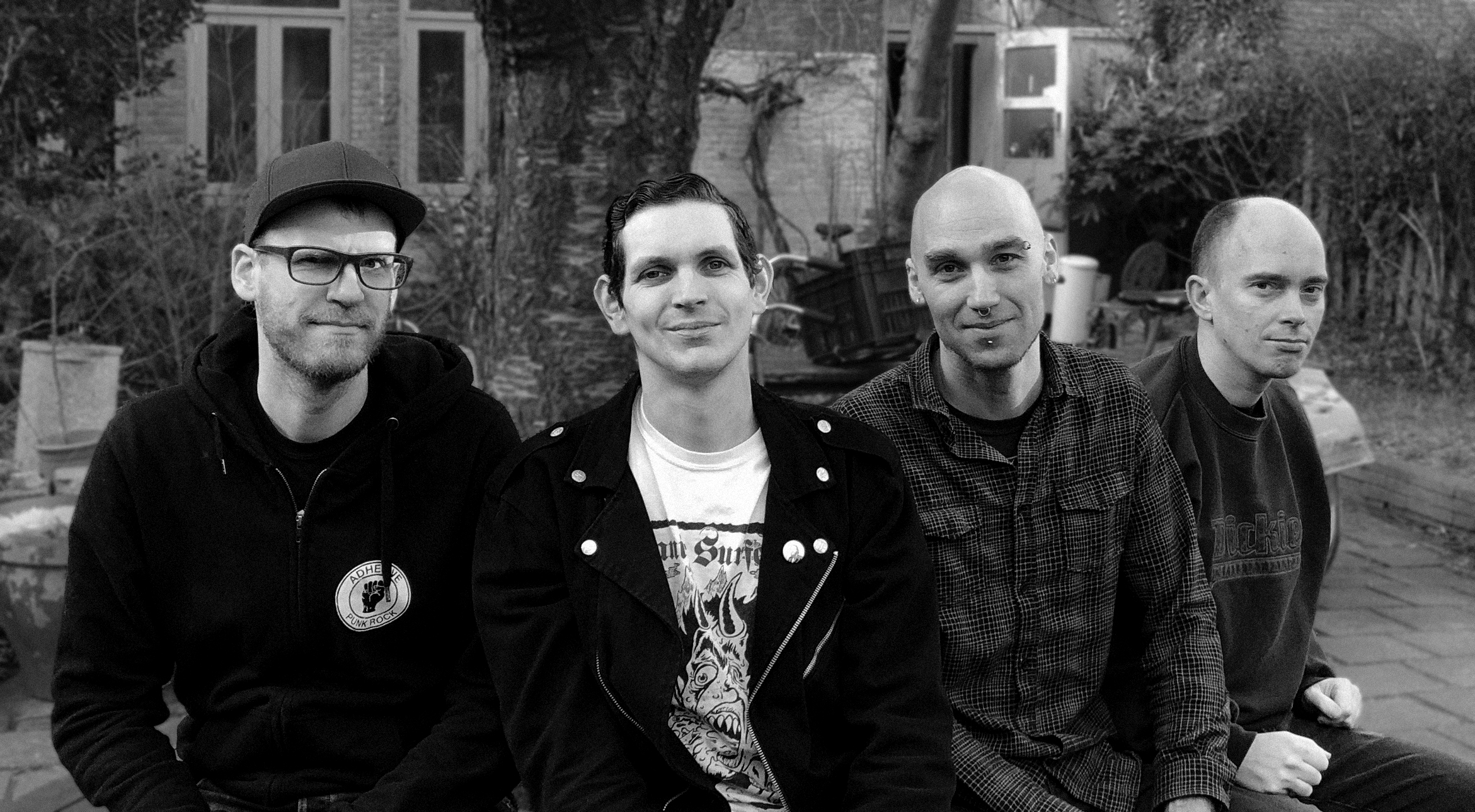 BIOGRAPHY
Smash The Statues kicked off early 2003 with the recording of a 4 song EP and their first show on April 5 of the same year. Influenced by bands such as Propagandhi, Good Riddance, Strike Anywhere and I-Spy, the band was aiming for melodic hardcore punk with topics about social change. Two years later the band recorded their first album “Against The Stream” with producer Nico van Montfort at Die Tonmeisterei in Oldenburg, Germany. The record, released February 2006 by Angry Youth Records, got positive reviews.

“I like everything about this record. The music is really good and the topics in the lyrics can be thought-provoking” (AsIce.net

“…all in all extremely well done”(Maximum Rock ‘n Roll)

The record gave Smash The Statues the opportunity to play shows in well known Dutch venues as Melkweg and 013 with bands as Strike Anywhere, Strung Out, Beatsteaks and Modern Life Is War. Also the band started to expand their territory and started touring Europe. Shows were played in Belgium, Germany, the UK, Sweden, Norway, Austria and Slovenia.

In 2008, again 2 years after the previous record, Smash The Statues hit the studio again with Nico van Montfort, who joined the band after the first record. This time assisted by Pieter Vonk the band recorded “When Fear Is All Around Us” in a few days in Die Tonmeisterei in Germany again. The band found a new home at The Netherlands based Shield Recordings. In December 2008 they released the bands second album on vinyl and cd. Again, the critics were very positive.

Just like the first record, this meant new opportunities. Shows with Propagandhi and Venerea were played and the band did multiple tours, talking them this time even further to Hungary, Poland, Romania and Slovakia as well.

2009 turned out to be the busiest year for the band and members realized that the input and ambitions were not on the same level anymore. At the end of 2009 the band decided to break up while they still enjoyed playing and the band played their final gig on January 23, 2010 at De Onderbroek in Nijmegen, a place where shows were booked by members, Smash The Statues played countless times and felt like a second home and an inspirational place. A more than sold out show was the result of a band with 4 punks just doing what they felt like.

Fast forward to exact 3 years later, Smash The Statues announces they are back! Apparently the fire was still burning and the same 4 punks got back together. Eager to hit stages again as Smash The Statues the band performed different shows throughout 2013, and started writing new material. Four tracks were recorded at the start of 2014 by -who else- Nico van Montfort – and released as “Rise To The Occasion” by a cooperation of labels (White Russian Records / Funtime Records / No Panic Records / Laserlife Records). One year later the band recorded two new songs for a digital split-release with the legendary Venerea from Sweden.

Fast forward to december 2018, when Smash The Statues decided to write and record a new album in just a few weeks time. Their third album “Forvm” will be out on May 17th on White Russian Records. Written as a warning against the rise of neo-fascists across the world, the Dutch elections of March 2019 caught up on them. With the far right on the rise these short, fast and loud bursts of political punk seem painfully up-to-date. And the warning all the more urgent!

The picture above is available for promotional use with mentioning photographer Daantje Bons. You can download the files below:

Some other pictures on this site by www.nous-photography.nl and Max Laisina