Yesterday we played our first show in The Netherlands in almost one year, at the White Russian Records showcase at Dynamo in Eindhoven. We saw awesome sets by Call It Off, The Setup, The 101’s, Note To Amy, Dead Giveaway, Screw Houston and March. Unfortunately we weren’t able to catch all bands that were playing. We’ll be doing 2 more shows with labelbuddies Dead Giveaway and Screw Houston. We will play the annual “Claiming The Crown” in Breda with Screw Houston, Otis (last show!) and NØFX. We will also play at Jera On Air, The Netherlands’ biggest punkrock and hardcore festival. On the line-up are bands like Lagwagon, Millencolin, Strung Out, All Time Low, Terror, Caliban and also our friends in Dead Giveaway and Irish Handcuffs. Sounds good, right? Yippee ki-yay, motherlovers! 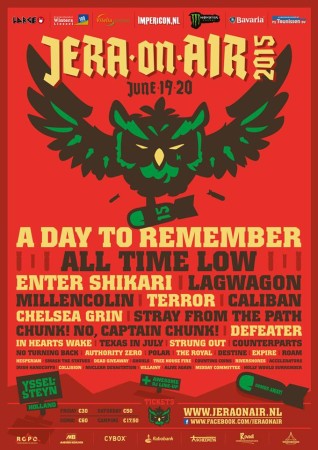